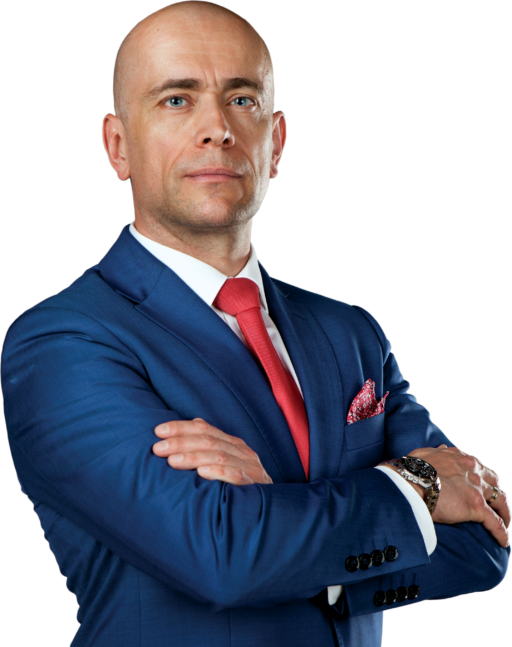 The Warsaw Negotiation Round 2016

In my career as a professional negotiator, I often happen to be on the side of a negotiating battle between the parties, most often as pilot of one of them (using the analogy of car rallies). The pilot's task is obvious - looking globally at the road and giving instructions to the driver, which in the case of negotiations involves knowledge of the subject of the dispute, legal issues, knowledge of the market and knowledge of negotiators' personal profiles. I avoid situations in which I would only advise the other party (do not confuse the role of a pilot with the role of an adviser), because advice alone quite often translates into an attitude - “You advise me and I will do it my way anyway".

This time I had the opportunity to take up a completely different role - a judge - a business expert during the negotiating competition, which was The Warsaw Negotiation Round 2016. 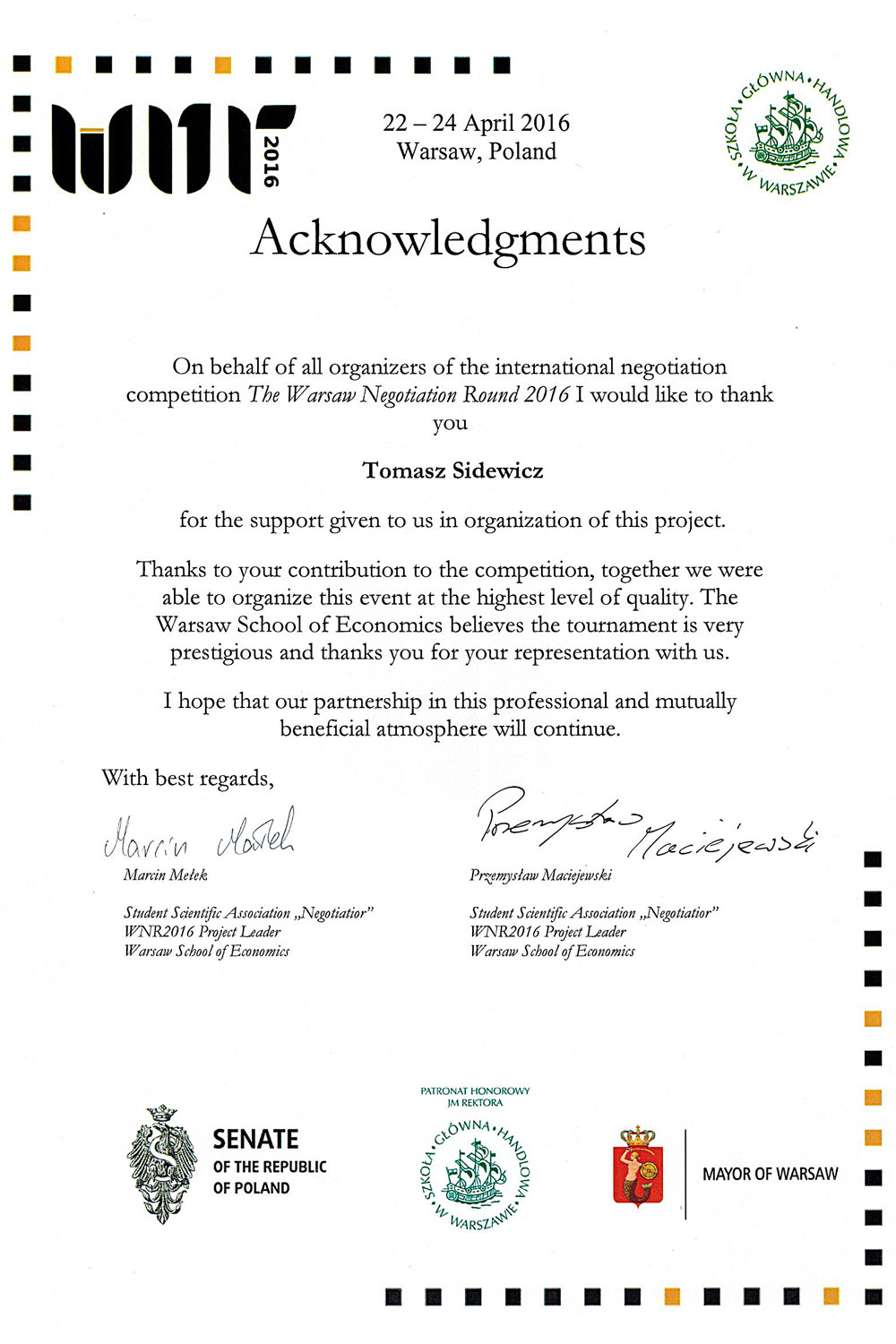 Making no decision is a decision 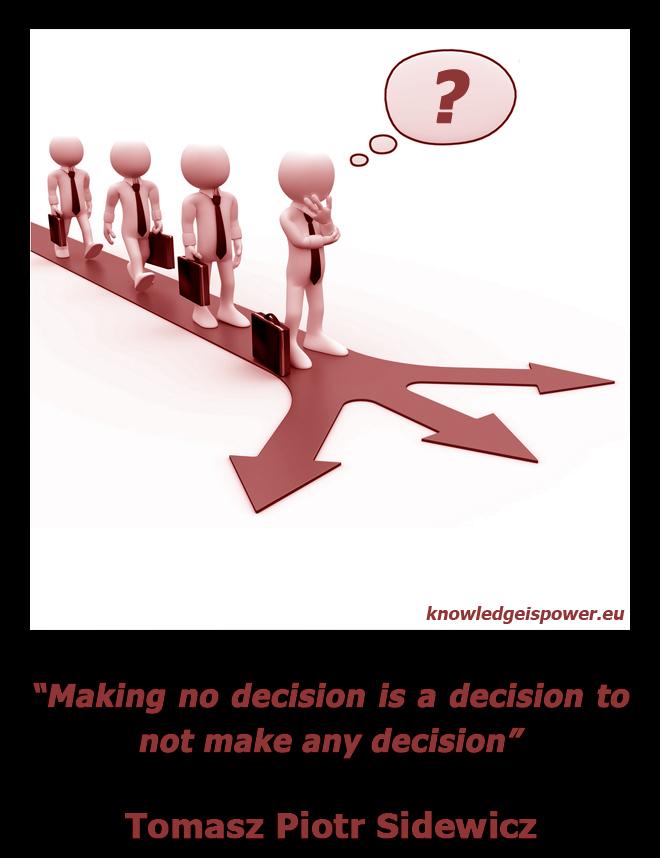 Why does pride walk before the fall? 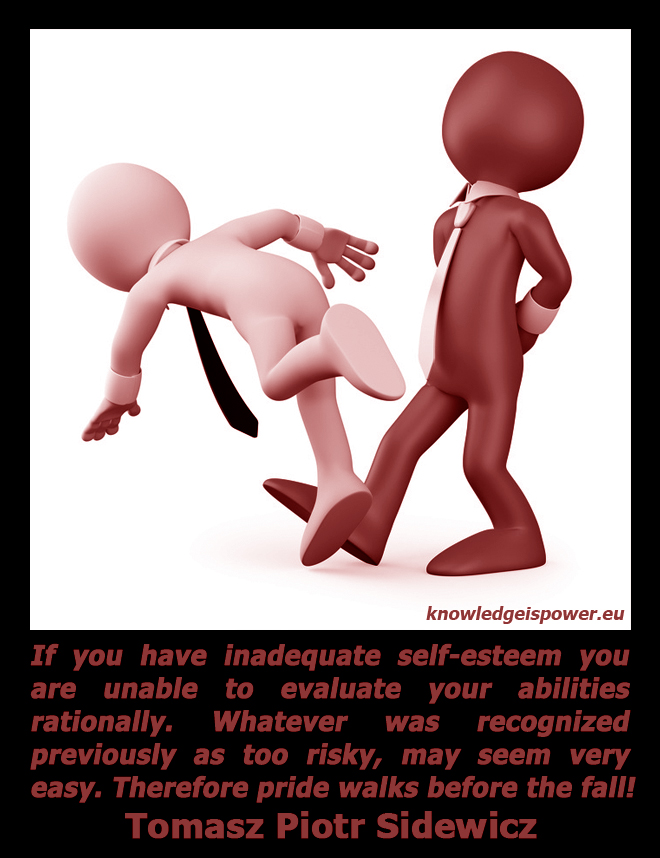 The Dark Side of the XXI Century 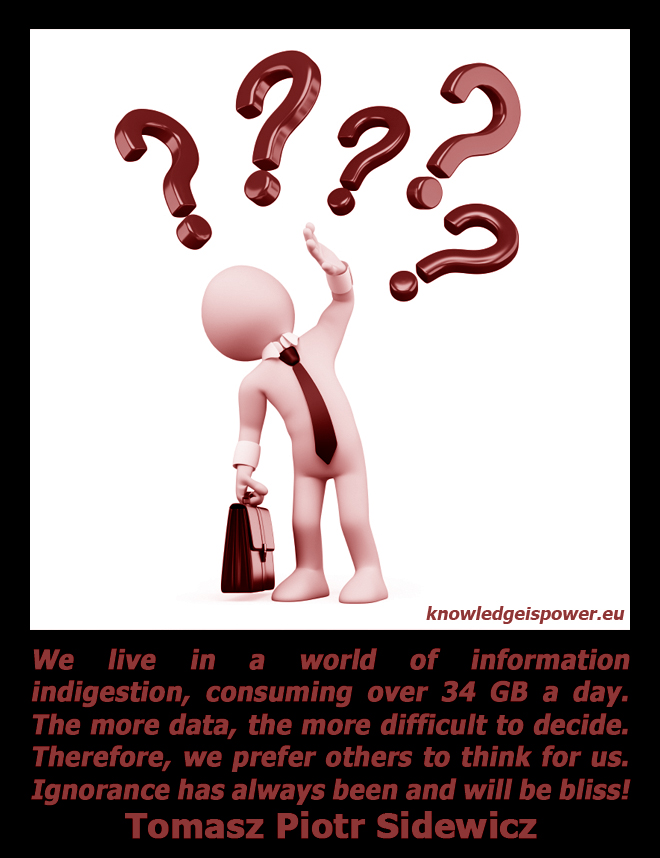 Funny money? No, thank you! 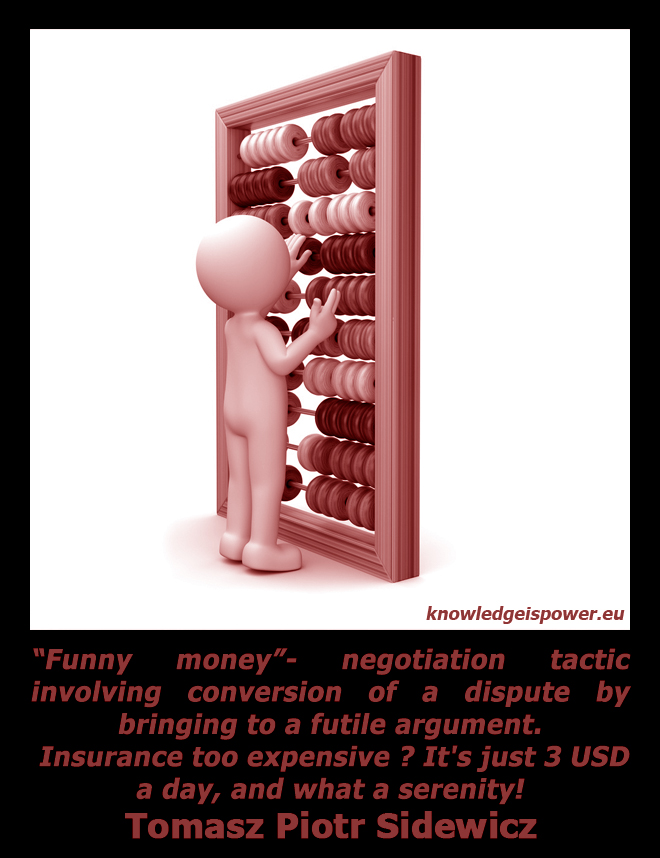 Fear of influencing others? 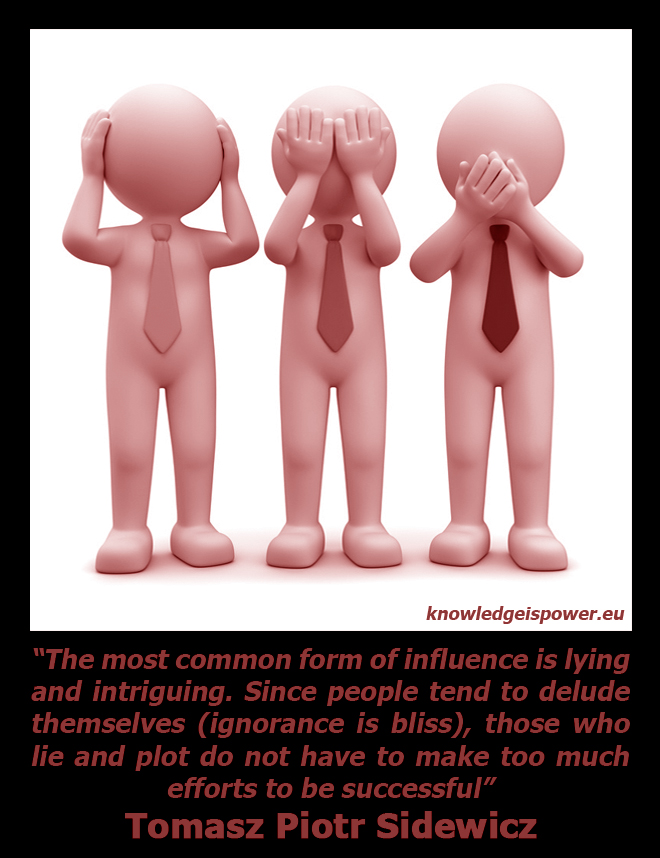